The real and abstract representations of bodies and faces vary a lot between both face and body modification apps icons. There are in fact several uses of this visual language: shapes, forms, colors and lines to create a composition which may exist with a degree of independence from visual references in the real world. The clusterization is based on a grade of abstraction of the representation.

The female body is usually depicted in a much more abstracted version than men by the use of curved lines and colors based on red and purple tones. Men bodies, on the other hand, are represented realistically, focusing on male core and abdominal muscles. 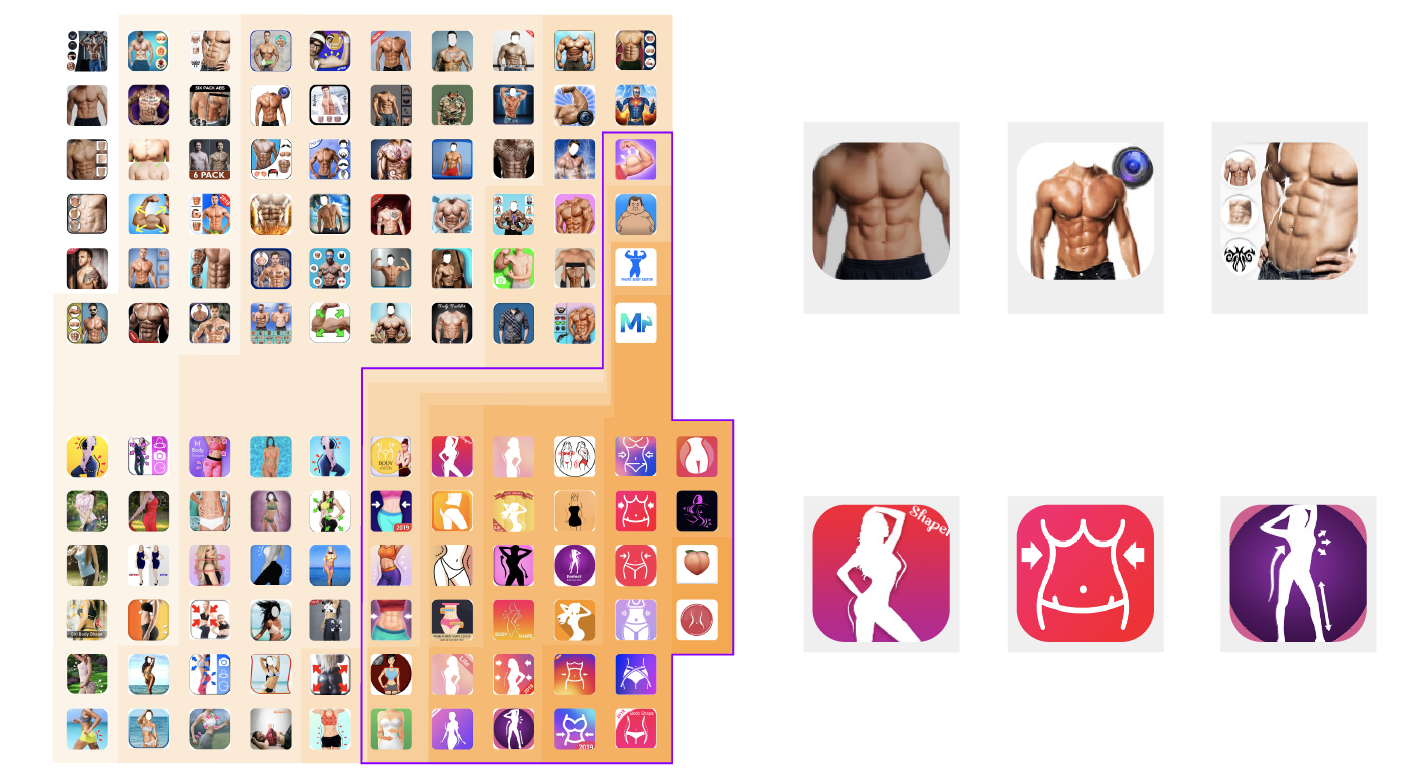 The face modification apps are represented in a more realistic way than the body. There is evident attention on face details and their correlated modifications that are featured in the corresponding app. 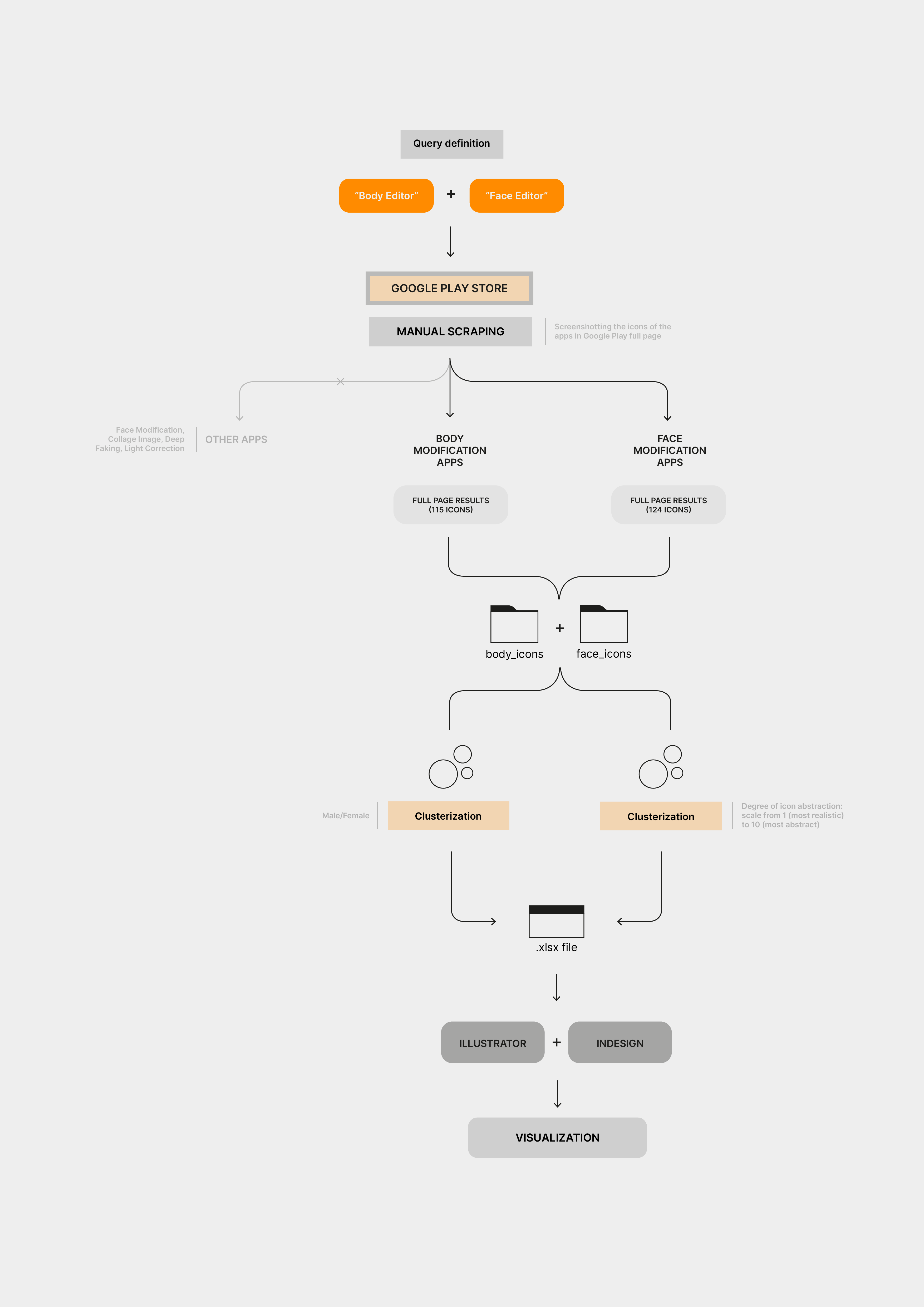