As it arises from the visualization the opinions tend to be at the opposite and not neutral. Moreover, most of the sites give definitions of Hate Speech that encourage to regulate the phenomenon by law. The most used source is Wikipedia, which stands out between all the others, and therefore it will be deeply analyzed in the next three protocols.

In this first visualization, our aim was to visualize what kind of sources—according to Amazon Alexa Share of Voice tool—the online users use to make themselves an opinion about Hate Speech, and how these sources could influence them.

On the x axis are displayed the seven categories of opinions in which we clustered the definitions that were given by all the sites we collected. Each opinion has a different color grading in order to better identify the different opinions and to help reading the graph. The y axis shows the six types of site sources. The radius that defines the dimensions of the circles corresponds to the Network share level of the “Hate Speech” query, according to Alexa. As the mouse passes over the circles, it appears the precise definition of “Hate Speech” given by that source. 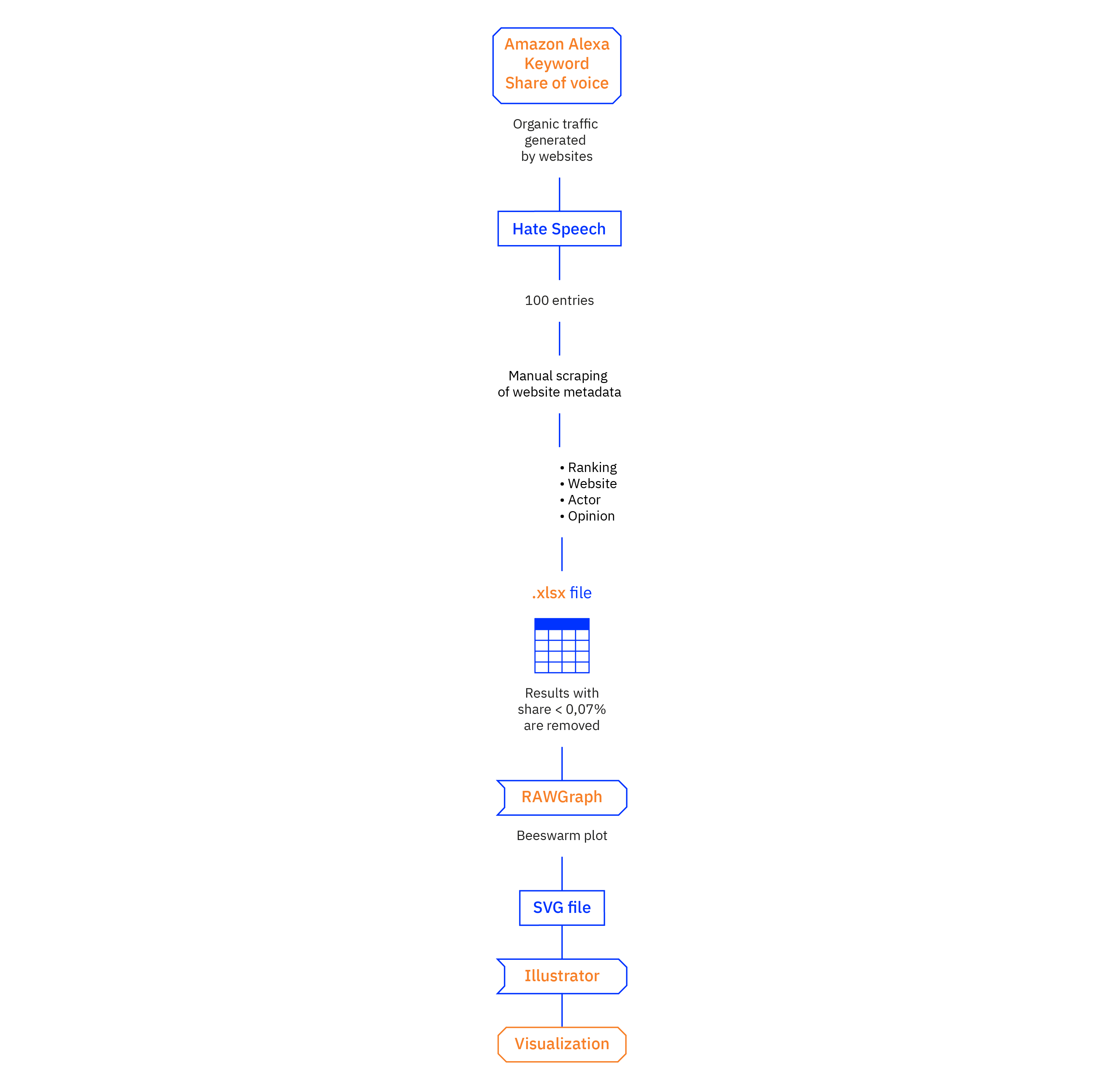 We based this very first protocol on the classification made by Alexa, using the Share Of Voice tool. We queried “Hate Speech” and we manually scraped the data about all the sites that Alexa gave back, organizing them by ordered rows, which correspond to the position in the rank. Each site that resulted from Alexa was assigned to one of the six categories that we had defined: “Organizations/Association”, “News”, “Social Network/Media Company”, “Reference”, “University” and “Forum”.